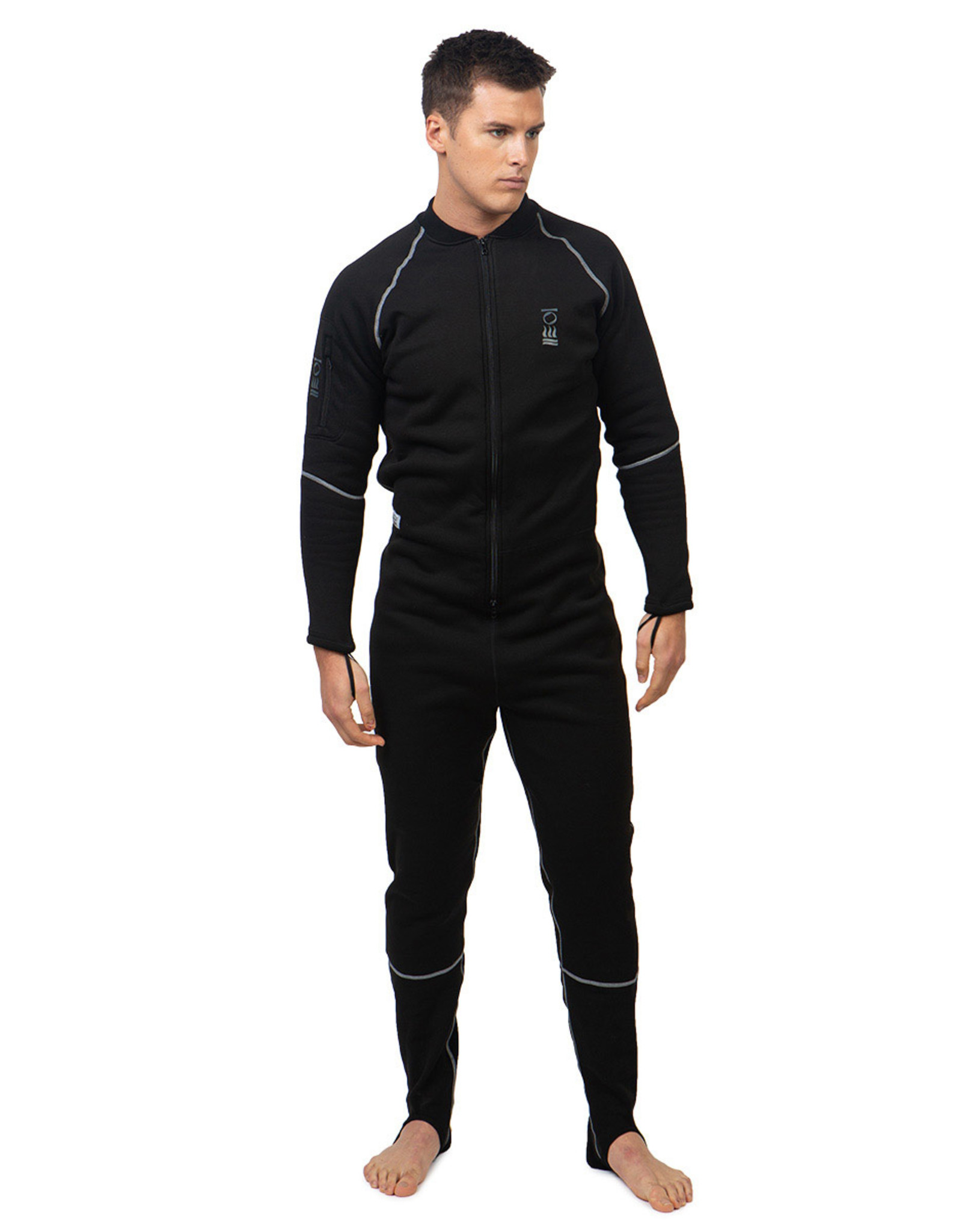 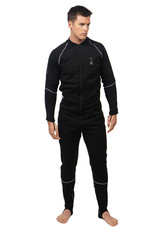 Warm, low bulk, low buoyancy thermal undersuit for drysuits that works even when wet. Available as a full one-piece suit or two-piece, the Arctic is designed to be used as part of a layering system under a trilaminate drysuit.

In a layering system, the Arctic is also suited for use underneath membrane and trilaminate suits. Using a combination of fast wicking, high insulation fabrics, the Arctic creates a micro climate around the diver, keeping the body dry and warm. A high density inner fleece provides superior insulation, with maximum comfort and wicking, whilst the outer layer, which has a water-repellent finish, ensures a snug fit.

The Arctic requires less loft to perform due to more effective management of air which is held in the fibres of the suit. Instead of maximising the thickness of the layer of air near the skin, the Arctic minimises the movement of air within, reducing the rate of cooling, without any risk of trapping the air and preventing its release from the dump valve.

The Arctic retains a significant degree of its thermal performance when wet, such that wearers have found it possible to complete dives in relative comfort after even the most fundamental drysuit failures. In some cases, divers have not noticed a leak in a neck or wrist seal until after the dive, such is the performance of the fourth element Arctic.

Backed by years of field testing by the Norwegian Navy, the British Antarctic Survey Dive Team, the French Marines and the Danish Navy, the Arctic was designed using high technology fabrics and has been tested in real diving conditions from the Arctic to the Antarctic.

Probably the world’s best selling thermal undergarment is now available in a simple one piece option. Featuring the innovative two layer technology pioneered by fourth element, the One Piece Arctic provides a simple solution to the challenges of thermal protection.

Add your review
0 stars based on 0 reviews